SOVEREIGN is the ultimate charter yacht. She has six stylish and comfortable staterooms with accommodations for up to 12 guests on board. The upper master stateroom features a 270-degree view. The main deck master offers guests incredible views through eight large oval windows.

SOVEREIGN’s contemporary-styled main deck features a large main salon and dining area, which create the perfect space to relax on board. The upper deck is home to a panoramic skylounge with almost 10 feet of headroom. Her sun deck has incredible seating and lounge space, as well as a full-service wet bar and an infinity-edge pool/Jacuzzi for guests to enjoy. Additionally, SOVEREIGN offers a full compliment of tenders and toys.

SOVEREIGN has been meticulously maintained to the highest standards, in order to provide the highest level of comfort to all guests on board.

UPPER DECK
2ND MASTER STATEROOM
Located forward, SOVEREIGN's second master stateroom offers her guests spectacular 270 degree views. His and hers closets. Walk around bed (faces forward) with a desk to the left and sofa to the right. En-suite his and hers bath features a Jacuzzi tub, two vanities, a separate shower and bidet. Access to a private sitting outdoor sitting area on the Portuguese deck is located on the starboard.

LOWER DECK
PORT AFT VIP SUITE
A spacious stateroom with walk around king bed, desk and 40" flat panel TV. En-suite bath with double access shower in this his and hers bath.

MAIN DECK
MAIN SALON
Through the main aft doors and past the marbled foyer is the main salon featuring a seating area with multiple tables and settees comfortably hosting any sized group. The collection of settees and tables allows you to enjoy the view from any direction.

DINING AREA
Perfect for intimate dinners located forward of the main salon is a separate formal dining area for 12 guests which conveniently resides next to the main deck pantry and ship’s galley.

MARBLE FOYER
Located mid deck featuring a large open stairwell next to the elevator which gives guests two ways to access all other interior decks.

MAIN DECK AFT
Great for entertaining the main aft deck features cocktail style lounge seating. Generous in size, it can comfortably accommodate all guests on board.

SKYLOUNGE
Panoramic sky lounge area featuring nearly 10 feet of headroom at the center. This skylounge serves as the primary social area of the yacht with incredible views, a large full-service bar, a nearby service pantry, and quick access to the upper aft deck. This expansive room has plush carpeting throughout, reclining theater-style seating, and features both a 90' projector screen and 80' flat panel TV.

DAY HEAD
A second day head is located near the skylounge entry.

SKYLOUNGE DECK
The upper aft deck has a large, circular alfresco dining table for elegant outdoor dining. It can comfortably accommodate 12 guests and features a lazy susan. Aft of the table are several large sun pads, comfortable seating areas and tables to relax outside in privacy, out of view from the dock. 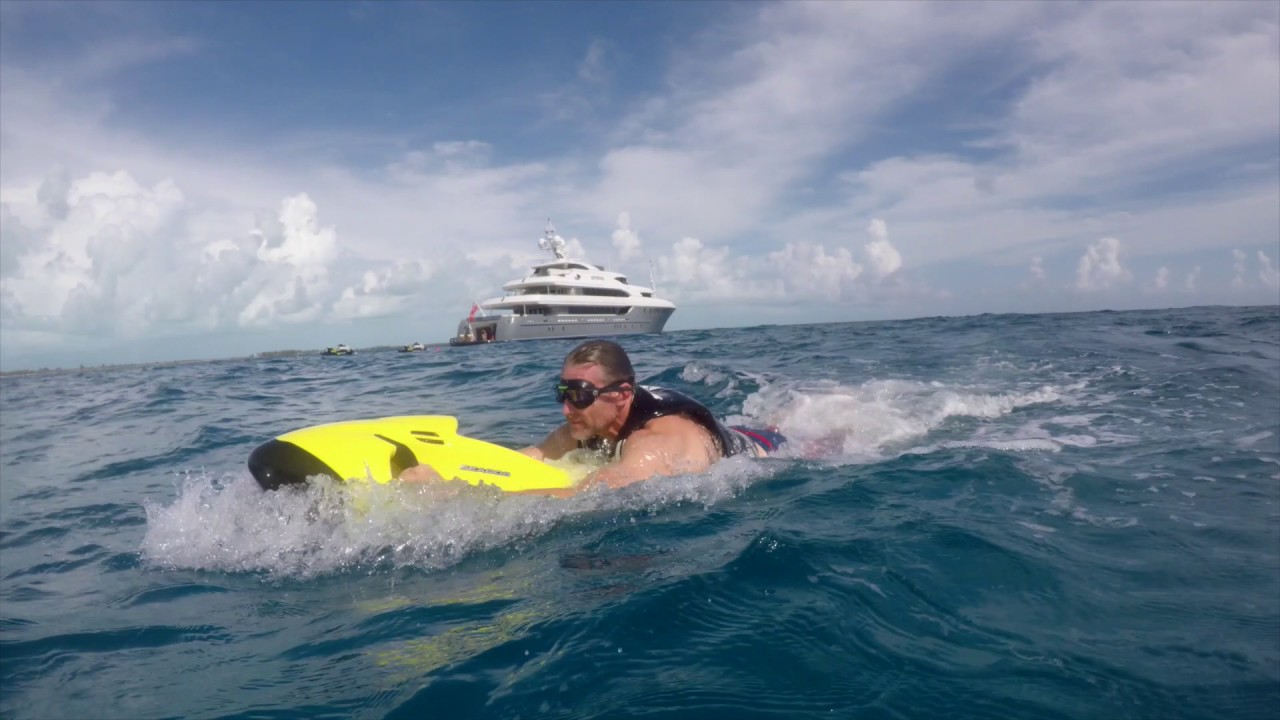